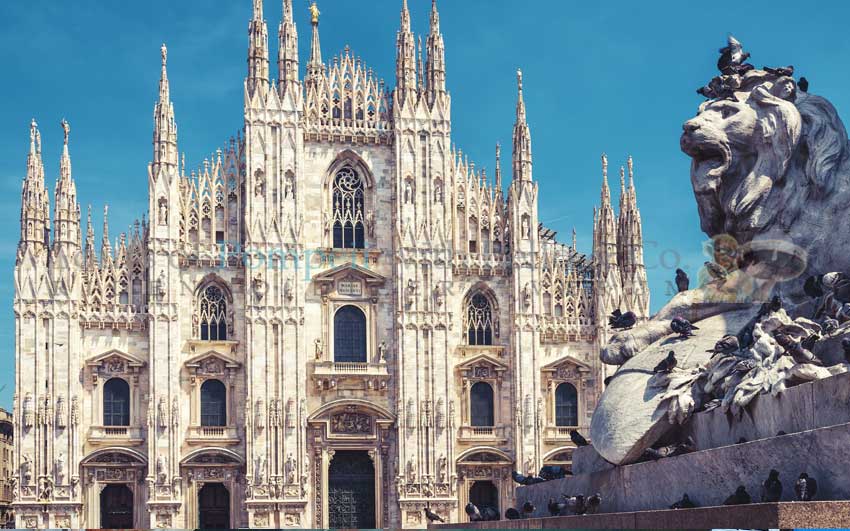 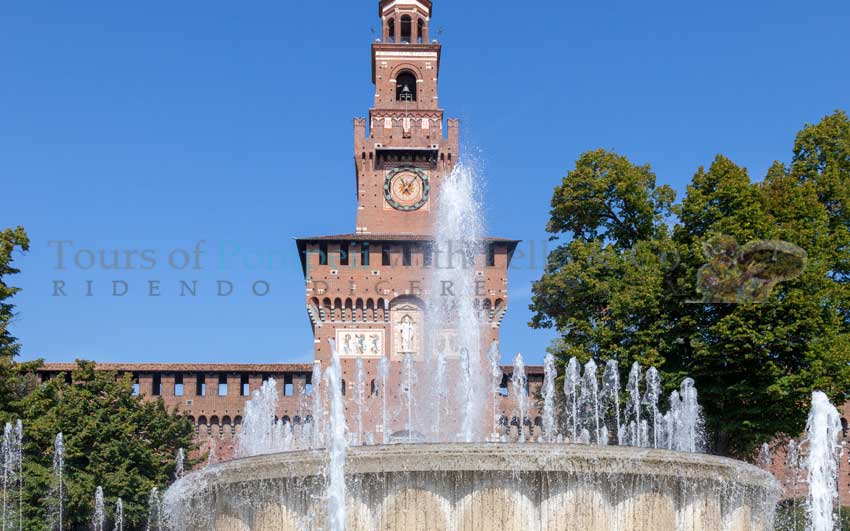 If you’ll be visiting the vibrant metropolis of Milan, plan on adding the Milan City Tour to your itinerary. It’s a great introduction to the art and architecture of this fashion-forward city of designers, artists, musicians and the site of EXPO 2015. Milan has a rich and interesting culture, and a warm and friendly atmosphere, that pulsate with creativity and energy.

Let our accomplished English-Speaking guide gear the tour to your personal interests as you sightsee and stroll leisurely together. Visit the world-famous Duomo di Milano. The largest cathedral in all of Italy, and the fifth largest in the world, the Gothic Duomo took nearly six centuries to build, and is an architectural masterpiece. Learn about life during its construction.

Milan is a very old city with tales to tell. Dating the 6th Century B.C., it was the capital of the Roman Empire for about 200 years. One of Milan’s popular destinations is the Galleria Vittorio Emanuele II. This marvelous example of 19th Century architecture has two vaulted arcades and a glass dome that house one of the world’s oldest shopping malls. Peek into chic shops. Quench your thirst in one of the many cafés or bars, as the 19th Century poets, artists and men of letters did in their era.

Walking farther, you’ll come to the famous Teatro alla Scala. Giuseppe Piermarini designed this opera house. La Scala opened in 1778 upon the ruins of an older theater, and has been drawing crowds from all over the world ever since.

You’ll be sure to enjoy a visit to the intriguing medieval Sforza Castle. Built by the Duke, Francesco Sforza, the castle dates to the 15th Century. It contains Michangelo’s unfinished Pietà Rondanini, and frescoes by Da Vinci and Bramante. Be sure to pre-book a visit to Da Vinci’s awe-inspiring, The Last Supper. This precious and delicate painting has recently been restored to its original splendor. Viewing is limited to pre-booked guests, at 15 minutes per group. .

Prices depend on the amount of people in your group and on the period. Advance bookings will get better prices. We offer discounts to large parties and kids. Contact us for more info.

Comfortable shoes, a small bottle of water and a hat are recommended.

You will not be standing in the entrance line and you will have a great guide only for you!

How to reach us

The best way to make your way in Venice is by walking and by waterbus. If you are taking more than one ride it is preferable you buy a one-day pass. Remember there are no cars in Venice!

It contains spectacular byzanthine mosaics and other precious artworks and unique relics. It is a true architecture wonder and the main landmark in Venice together with its high bell tower.

The house where the most famous traveller of history was born.

Marco Polo was born in Venice in this block and lived here with his family before making his long trip to Asia than made him a legend. The house is a gorgeous example of medieval residential architecture in the city.

The Doges' palace is a unique Renaissance architecture masterpiece. The interior displays works by Tintoretto, Titian, Veronese, Bassano and the best artists of Venice.

It is the oldest of the four bridges on the Grand Canal connecting the trade hub of the Ancient city to the religious center of Saint Mark.

The Church of Saint John and Paul is a magnificent medieval masterpiece of architecture that hosts the tombs of many Doges, the old rulers of Venice.

The square in front of the church is one of the most spectacular sites in the city surrounded by a Renaissance hospital with colorful marble facade and other interesting monuments including the horse statue of captain Colleoni.

Our meeting point is just below the clock tower in Saint Mark's square the most visited site in Venice. For details about our meeting point contact us by email or use the form.

Guest reviews are written by our customers after their tours with our guides.

You can add these sites and activities to your this tour

If you want to prolong your experience with us check the other activities we offer that can be attached to the standard itinerary. We run them...and we guarantee their quality!

The Accademia Galleries is one of the most interesting Renaissance museums in Europe and contains the famous Vitruvian Man drawing by Leonardo.

You will visit a great collaction of XV and XVI century paintings including masterpieces by Tintoretto, Tiziano, Canaletto Giorgione, Bellini, Carpaccio and Veronese.

The English word ghetto derives from the name of this Venetian area where in the XVI century the jewish community was segregated. You will see the old sinagogues traditional shops and charming architecture.

Explore the fashion and financial capital of Italy with a local top-rated guide that will take you on and off the beaten tracks. You will see the city highlights including the Duomo and the Sforza Palace

"We booked three tours with Tours of Pompeii and one was in Florence. Our guide Simona made us travel through Italian Renaissance. We really appreciated her humour and knowledge. We also enjoyed a great dinner thanks to her precious suggestions. Thank you again!”

Call our customer services team on the number below to speak to Lello or one of his staff who will help you with all of your holiday needs.

Why Book with us?

We offer high-quality private tours at reasonable prices.
We make your money worth!

Call or email us, anytime
Get support before, during, and after your trip

Our guides and tours were rated excellent by more than 500 previous guests.